The University of Cape Town (UCT) has joined hands with the University of Bristol in the United Kingdom to launch a novel Researchers without Borders PhD programme that Vice-Chancellor Professor Mamokgethi Phakeng has described as a “profound collaboration”.

The two universities have developed a framework agreement for operating Cotutelle, or co-tutored PhDs, providing opportunities for students to work on research projects that exploit the strengths and capabilities of both institutions.

Phakeng and Professor Hugh Brady, president of the University of Bristol, signed the agreement in Bristol on 23 July, after the university conferred an honorary doctorate on Phakeng in recognition of her substantial contribution to the development of mathematics education in South Africa.

Participating PhD students will be registered at, and have supervisors and co-supervisors at both universities, spending almost equal amounts of time at each institution during the four-year, fully-funded scholarships.

In the context of an increasing divergence of models, a highly divergent recovery and overlapping and multiple global crises, multi-level governance is critical to address systemic challenges. The benefits of such a strategy, too long ignored by national governments, was well documented during the Covid-19 pandemic. Thus, the G7 presidency of Germany has launched a G7 Urban development track to support investments for a better future and a sustainable planet and it has acknowledged the formation of an urban engagement group in the G7. The creation of an infrastructure club, complementing the G7 Germany proposal of a climate club would be an innovative way to support the transformative power of cities in the G7 and nurture a quality dialogue between G7 and G20 in support of the delivery of the Agenda 2030 despite times of uncertainties. 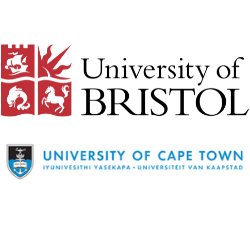