At Queen Mary University of London, we believe that a diversity of ideas helps us achieve the previously unthinkable.

Throughout our history, we’ve fostered social justice and improved lives through academic excellence. And we continue to live and breathe this spirit today, not because it’s simply ‘the right thing to do’ but for what it helps us achieve and the intellectual brilliance it delivers.

Our reformer heritage informs our conviction that great ideas can and should come from anywhere. It’s an approach that has brought results across the globe, from the communities of east London to the favelas of Rio de Janeiro.

We continue to embrace diversity of thought and opinion in everything we do, in the belief that when views collide, disciplines interact, and perspectives intersect, truly original thought takes form. 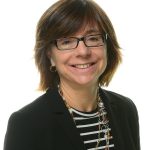 An effective, legally binding, and enforceable climate club needs to be immediately created. The climate problem has become a threat to humankind. The historical perpetrators are the western countries, but today increasingly major developing countries. The climate-club solution may prove to be multi-dimensional in that it may have benefits for famine, net greenhouse gas emissions, biodiversity loss, air pollution, et cetera. Nobel-prize winner William Nordhaus so aptly highlights how climate mitigation solutions must also be sought outside a multilateralism that, under its current form, has persistently failed to produce a legally binding international agreement on climate change when one considers the 30 years of its life, namely since the early 1990s.  Such solutions must be well attuned to the realities of failed multilateralism, including the lack of adequate and binding targets, incentives, and penalties to achieve critical mass in global mitigation efforts, which is why Nordhaus calls for some complementary solution to multilateralism – namely the climate club model – that takes stock of existing pitfalls. The G7 (and G20) is a great platform to create an effective climate club. To solve the issue of potential resistance, membership could be designed in an open / gradual / incremental way.

Keeping the World Economy on Track: Dealing with the Short-Term Emergency and Pursuing Longer-Term Objectives

As the global economy emerges from the COVID-19 pandemic in 2022, the road to sustainable economic recovery has been interrupted by the Russian invasion of Ukraine. In the short term, the G7 needs to address the crisis in Ukraine and deal with the impact of the war on lives and livelihood. At the same time, it needs to keep track of long-term objectives. A new global bargain is needed to support long-term economic growth, accelerate energy transition and the decarbonisation of the world economy, and tackle inequalities. Improved governance of this new global bargain will be essential, to preserve stability and ensure cooperative policies, to mitigate polarization, and to avoid the fragmentation of the international economic order.