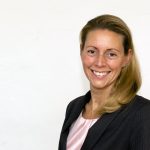 Dr. Stormy-Annika Mildner (M.Sc.) is Director of the Aspen Institute Germany in Berlin. As an adjunct professor, she teaches at the Hertie School. From 2014 to 2020, she served as head of the department “External Economic Policy” at the Federation of German Industries (BDI). As Sherpa, she spearheaded the German Business7 Presidency (2015) and the German Business20 Presidency (2016-2017). During the latter, she was also responsible for the Business Dialogue with the WTO. Prior to joining BDI, she was Member of the Board of the German Institute for International and Security Affairs (SWP) and headed the program “Globalization and the World Economy” at the German Council on Foreign Relations (DGAP). Under the UK G7 Presidency, she was the German delegate in the UK Economic Resilience Panel.