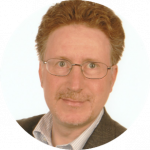 Michael Stolpe is a senior economist at the Kiel Institute for the World Economy, in Germany, leading its project on the global health economy. He was also a full member of the DFG Cluster of Excellence “Inflammation at Interfaces,” completed in 2018, and now serves as a founding member of the DFG Cluster of Excellence “Precision Medicine,” one of the world’s leading research collaborations on chronic inflammatory processes in the human body, associated with a wide range of diseases whose prevalence is rapidly increasing in many industrialized countries.

Michael Stolpe is also a partner and principal investigator in the peer-reviewed interdisciplinary Leibniz Research Alliance “INFECTIONS in an Urbanizing World – Humans, Animals, Environments (InfUrb)” where his contribution addresses the economics of antimicrobial resistance.

Michael Stolpe’s overall research portfolio is focused on health inequalities, health investments over the lifecycle, early retirement and pension policy, the social costs of HIV/AIDS, medical decision making, methods of economic evaluation, and innovation in medical technology and practice. He has additional research experience in finance, international economics and economic growth. As a policy advisor, Michael Stolpe has provided expertise to national governments around the world and key international organizations, such as the European Medical Research Councils, the European Commission and the International Monetary Fund. During his time at the Kiel Institute, Michael Stolpe has previously headed various research groups on technology policy, innovation and economic growth, served as a visiting scholar at the National Bureau of Economic Research in Cambridge, Massachusetts, and partnered with leading scholars at the universities of Oxford, Warwick, Rome and the United Nations University in Maastricht in a multi-year EU-funded research collaboration on “European Integration, Financial Systems and Corporate Performance.” Michael Stolpe is an associate editor of Humanities and Social Sciences Communications, an interdisciplinary journal, published by Springer Nature, for peer-reviewed academic research across the full spectrum of social sciences and the humanities. Since 2011, Michael Stolpe has also served as an Editorial Board Member of the Health Economics Review. He continues to teach health economics at the University of Kiel. His research has been recognized with various awards for research excellence.