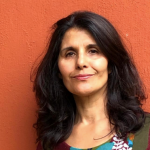 Juliana Martínez Franzoni is full professor at the University of Costa Rica and George Foster Awardee from the Humboldt Foundation for outstanding research careers in developing countries. Her publications have attracted attention from international specialists, are globally included as standard work on the Latin American welfare state and has informed her advisory role to governments and to international organizations. Juliana’s research of social policy provides a comprehensive view of the welfare state – including the role of families – in Latin America. She has also focused on the interaction of labor and social policies and closely examined the feedback between women’s labor force participation and childcare and developed policy recommendations to reorganize carework in the context of welfare regimes in Latin America. Her latest book is The Quest for Universal Social Policy in the South: Actors, Ideas and Architectures (Cambridge University Press, 2016), co-written with Diego Sánchez-Ancochea (University of Oxford). Her most recent work investigates whether responses to the pandemic have entailed opportunities for social policy change in Central America. The recognition of her work is also reflected in the prizes and fellowships awarded, including by Fulbright and the Kellogg Institute of International Studies.