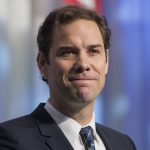 John W. McArthur is senior fellow and director of the Center for Sustainable Development at the Brookings Institution. He is also a senior adviser to the United Nations Foundation and a board governor for the International Development Research Centre. He serves as a member of the UNICEF Advisory Group and of Policy Horizons Canada’s Deputy Minister Steering Committee. In 2018 he co-founded the “17 Rooms” initiative as a new approach to catalyzing action for the Sustainable Development Goals.

He was previously the chief executive officer of Millennium Promise, the international nongovernmental organization. Prior to that he served as manager and then deputy director of the U.N. Millennium Project, Secretary-General Kofi Annan’s independent advisory body mandated to recommend an action plan for achieving the Millennium Development Goals. In that role he helped to launch global MDG policy efforts, coordinating an international network of nearly 300 experts who served on 10 thematic task forces. He also oversaw a policy team that provided integrated technical advice to governments in low-income countries around the world and served as lead editor of the project’s final report, “Investing in Development: A Practical Plan to Achieve the Millennium Development Goals.”

He has also been a senior fellow with the Hong Kong-based Fung Global Institute, a faculty member at Columbia’s School of International and Public Affairs, and policy director at the University’s Earth Institute. Earlier in his career he was a research fellow at the Center for International Development at Harvard University, where he supported the World Health Organization’s Commission on Macroeconomics and Health and co-authored the “Global Competitiveness Report.”