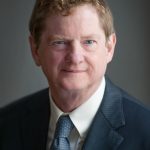 John J. Kirton is director of the G7 Research Group, G20 Research Group and the Global Health Diplomacy Program, and co-director of the BRICS Research Group, all under the umbrella of the Global Governance Program based at Trinity College in the University of Toronto. A professor of political science, he teaches Canadian foreign policy, global governance and international relations. He is a visiting professor at the School for International Relations and Public Affairs at the Shanghai International Studies University and a distinguished fellow of the Guangdong Institute for International Strategies at Guangdong University for Foreign Studies, as well as a Non-Resident Senior Fellow at the Chongyang Institute for Financial Studies at China’s Renmin University. During his sabbatical year from 2012 to 2013, he served as a visiting fellow at the Balsillie School of International Affairs in Waterloo, Canada, and a visiting professor at Kwansei Gakuin University in Nishinomiya, Japan. He has advised the Canadian and Russian governments, the World Health Organization and the Pan American Health Organization on G7/8 and G20 participation and summitry, international trade and sustainable development, and has written widely on G7/8 and G20 summitry.

Kirton is co-editor of several publications dedicated to the G7, G20 and BRICS and published by GT Media Media, including most recently, G7 USA: The 2020 Virtual Year and G20 Saudi Arabia: The 2020 Riyadh Summit. He is also co-editor, with Ilona Kickbusch, of Health: A Political Choice — Act Together, Now, a second edition in a special series supported by the World Health Organization.