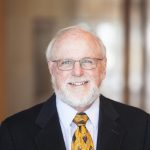 Jeffrey J. Schott joined the Peterson Institute for International Economics in 1983 and is a senior fellow working on international trade policy and economic sanctions. During his tenure at the Institute, Schott was also a visiting lecturer at Princeton University (1994) and an adjunct professor at Georgetown University (1986–88). He was a senior associate at the Carnegie Endowment for International Peace (1982–83) and an official of the US Treasury Department (1974–82) in international trade and energy policy. During the Tokyo Round of multilateral trade negotiations, he was a member of the US delegation that negotiated the GATT Subsidies Code. He previously was a member of the State Department’s Advisory Committee on International Economic Policy and co-chaired the Trade and Environment Policy Advisory Committee for the US Trade Representative.