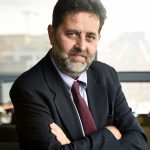 Ignacio Garcia Bercero is the Director in charge of Multilateral Affairs, Strategy, Analysis, and Evaluation at DG Trade in the European Commission.

Active at the European Commission since 1987, he participated in the Uruguay Round negotiations and was subsequently posted in the EU Delegation to the United Nations in New York. Upon his return to Brussels, he worked in the preparation of what eventually became the Doha Development agenda and was head of the unit for legal affairs and WTO dispute settlement.

From 2005 until 2011, he was the Director responsible for the areas of Sustainable Development, Bilateral Trade Relations (South Asia, South-East Asia, Korea, Russia, and ex-CIS countries, EuroMed, and the Middle East). He was also the Chief Negotiator for the EU-Korea and EU-India Free Trade Agreements. From 2012 he was responsible for overseeing EU activities in the field of Neighbouring countries, the US and Canada, and was Chief negotiator for the Transatlantic Trade and Investment Partnership.

In 2020 he completed a Fellowship at Saint Anthony’s College Oxford, where his research focused on WTO reform.

Mr. Garcia Bercero holds a Law Degree from the Law Faculty of Universidad Complutense, Madrid, and a Master of Laws Degree (with Distinction) from University College, London.