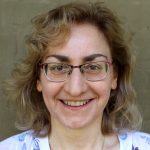 Elizabeth Sidiropoulos is the chief executive of the South African Institute of International Affairs, which she has led since 2005. She has over two decades of experience in the field of politics and international relations, and her expertise lies in South Africa’s foreign policy, South-South Cooperation, and the role of emerging powers in Africa. She is a regular commentator in South African and foreign media. She has published various aspects of South Africa’s foreign policy. Most recently, she has co-edited a volume on Values, Interests, and Power: South African Foreign Policy in Uncertain Times (2020) that explores the priorities that the country’s foreign policy should focus on in the 2020s. She has also co-edited two books exploring the rise of the new development cooperation providers: Development cooperation and emerging powers: New Partners or Old Patterns (Zed Books, 2012) and Institutional Architecture and Development: Responses from Emerging Powers (Jacana, 2015). She is the editor-in-chief of the South African Journal of International Affairs. She has also recently completed a collaboration with scholars across five continents on the Handbook on Development Cooperation for Achieving the 2030 Agenda, published by Palgrave in 2021. Elizabeth is the co-chair of the Think 20 Africa Standing Group, established in 2017 during the German presidency of the G20, and currently is a co-chair of the task force on development cooperation and the SDGs under the Italian presidency of the Think 20. In December 2020, she was appointed to serve a two-year term on the Second High-Level Advisory Board of the UN Economic and Social Affairs department.