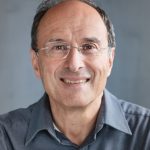 Dennis J. Snower is President of the Global Solutions Initiative, which provides policy advice to the G20.

Furthermore, he is a Research Fellow at the Center for Economic Policy Research (London), at IZA (Institute for the Future of Work, Bonn), and CESifo (Munich).

Dennis J. Snower was born in Vienna, Austria, where he went to the American International School. He earned a BA and MA from New College, Oxford University, and an MA and a PhD at Princeton University. He served most recently as President of the Kiel Institute for the World Economy, where he is now a president emeritus, until 2019 and was previously Professor of Economics at Birkbeck College, University of London.

In 2017, he was Co-Chairman of the officially mandated Think 20 Engagement Group (T20), advising the German G20 presidency.

He is an expert on labor economics, public policy and inflation-unemployment tradeoffs. As part of his research career, he originated the “insider-outsider” theory of employment and unemployment with Assar Lindbeck; “caring economics” with Tania Singer; the theory of “high-low search” with Steve Alpern; the “chain reaction theory of unemployment” and the theory of “frictional growth” with Marika Karanassou and Hector Sala. He has made seminal contributions to the design of employment subsidies and welfare accounts. He has published extensively on employment policy, the design of welfare systems, and monetary and fiscal policy.

He has been a visiting professor at many universities around the world, including Columbia, Princeton, Dartmouth, Harvard, the European University Institute, Stockholm University, and the Vienna Institute of Advanced Studies.