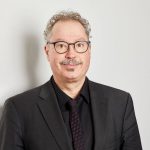 Christian Kastrop served as State Secretary at the Federal Minister of Justice and Consumer Protection from May 2020 until December 2021.

He is Honorary Professor of Finance at the Freie Universität Berlin.

He was Deputy Director-General of the Economic Policy Department and Director of the Public Finance and Economic Affairs Directorate of the German Federal Ministry of Finance since 2003.

He strongly supported the founding process of Bruegel.