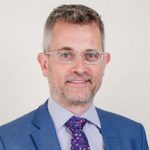 Sébastien Treyer is Executive Director of IDDRI, since January 2019 (he joined the institute in 2010 as Director of Programmes). He is also Chairman of the Scientific and Technical Committee of the French Global Environment Facility (FFEM) and member of the Lead Faculty of the Earth System Governance Network. A graduate from École Polytechnique, chief engineer of the Corps of Bridges, Water and Forests, and PhD in environmental management, he was in charge of foresight studies at the French Ministry of the Environment, and played an active role in leading the interface between science and policy and scientific programming at the European Commission, the French National Research Agency, and territorial actors such as the Seine Normandy Water Agency.